Burkina Faso, a country of 22m, is one of the world’s poorest countries with a GDP of $14bn, an extreme poverty rate of 40%, and a Human Development Index (HDI) that ranks 182/189.   While there has been a significant push by the international community and the government to reduce poverty and develop the economy, the country’s multiple challenges have meant that growth has remained too low to improve living standards.

Burkina Faso also has a very dynamic demographic growth and a young population. The median age is 18 years, and 64% of the population is younger than 25. In recent years, the working-age population has been growing by an average of 0.6m annually, with nowhere near enough new jobs created every year to provide them with jobs. The youth is increasingly moving towards urban centres, with 31% of the population living in cities.

A low-skilled yet growing workforce, low job creation, and a weak entrepreneurial culture have led to sluggish growth and serve as one of the major impediments preventing Burkina Faso from developing its economic potential. Educational institutions and vocational training programmes produce limited outcomes, and new labour market entrants are ill-prepared for both the technical and soft skills required for the jobs available.

This phenomenon of low job demand and a mismatch of skills gives rise to alarming unemployment figures; in urban areas, youth unemployment is estimated to be 25%. Although in rural areas, these figures are believed to be lower as there are more (temporary) informal jobs in the agriculture sector.

We observe several key challenges to youth employment in Burkina Faso: low job creation, lack of inclusion, skills mismatch, weak dedicated public structures, difficult environment for entrepreneurs, and poor quality of jobs. Action is needed to stimulate economic growth, tackle the skills mismatch in the labour market, address the exclusion of women and youth from the labour force and improve the decency of existing jobs. The Challenge Fund for Youth Employment focuses on co-funding initiatives with a short to medium-term impact, which consider the structural barriers and test innovative approaches that carry spill-over effects on the macro-economic level. Our goal is to help create more jobs for young people.

Based on the study conducted on Burkina Faso and discussions held with multiple in-country stakeholders, our Call for Solutions is aimed at two themes: financial service providers (FSPs) and rural areas. We aim to work with FSPs or/and social enterprises or/and NGOs in key growth sectors, implementing sustainable solutions for the creation of jobs, improving decency of work, responding to youth aspirations, developing gender sensitivity, and operating under other requirements and compliance with the labour laws of Burkina Faso.

Given the specificities of Burkina Faso and a new country approach for the fund, we are looking for implementing partners capable of leading the co-investments in selected projects. Each project should match with the fund’s eligibility criteria, go through a selection process, and share the objectives of the fund.

Our objective is to impact decent jobs for the country’s youth, especially women, by providing additional financial and technical support to actors working with high-potential SMEs across sectors, notably in rural areas, and with the local network & understanding to successfully lead projects.

Our Burkina Faso Call for Solutions opened on 1 March 2022:

The overview below regards the eligibility criteria for applicants. Please note that the fund is somewhat flexible regarding the application of these criteria, as our main issue is to engage with partners that have decent experience in operating projects and investing in activities that generate a decent number of jobs for young people.

Interested organisations, projects, and enterprises are invited to connect to CFYE. During a discussion, we will clarify if your project is eligible for funding or how it can be adapted to become more interesting for a partnership.

Large enterprises are welcome to apply but must demonstrate the strong additionality of CFYE co-funding.

The Challenge Fund for Youth Employment will apply a competitive process to select the projects that will receive a grant. That means that only those projects that present a clear and convincing pathway to employment, lead to significant and sustainable results in terms of decent employment for youth, with a focus on young women, and can demonstrate high leverage will be selected. 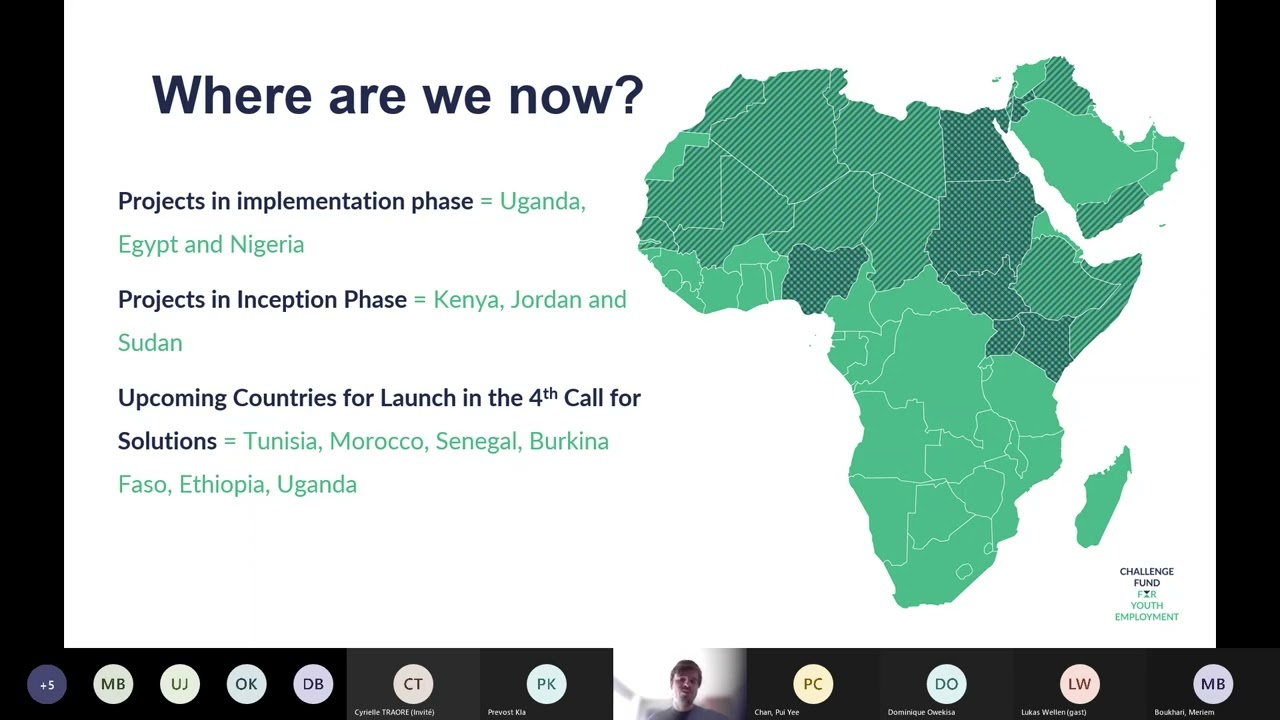 By submitting any of the adjacent forms, you are consenting to receive emails from Palladium, on behalf of the Challenge Fund for Youth Employment. You can revoke your consent to receive emails at any time by emailing us on info@fundforyouthemployment.nl.